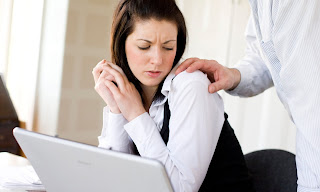 Ok so there is this guy at work that has shown an interest in me. I don’t usually like to “crap where I eat” because when mad day comes, it doesn’t work out well for either party involved.  I try to stay away from situations like this. Well, I was peeping the guy out and was intrigued by him. He was different than any other person I have run across.

In the beginning, he would ask me to out for lunch to get familiar with the area.  I obliged a few times to take him around and to hit some of the lunch spots that we would visit. It was becoming a routine then, but people who know me know that I like to not venture out during lunch.  I had to let him know that I eat sandwiches mostly during the week.  He started joining me with my lunch buddies in our secret lunch location.  He was okay the first couple of times, and then he started with the “come on Bae we have to get back to our desks.”  I am a very private person and do not like people in my business.  Therefore, I laid down some ground rules about how this was going to work at work.


One afternoon, he invited me to go and have drinks after work.  I was ok with this because I was going to be able to get to know what type of person he was.  Well, my mom ended up calling me and asking if I would meet her half way to get some money for my daughter.  I told him I had to leave because I had to meet my mom. I even showed him the message of my mom asking if I had left the restaurant and was on my way to her.  He was ok with it, slightly.  I told him I would text or call him later.  On my way back from meeting my mom, my brother called me about my son.  I had not heard from my son since he left for boot camp. I was so emotional, that when I got home, I just wanted to go to bed.  The next day, Caleb said you could have called me or texted me to let me know you made it home. I said you are correct. I explained to him what happened, but he had an attitude. He said, “you are something else.”

We got passed that to be faced with the next issue.  I agreed to meet him on Monday afternoon to have drinks. We found out that during the month of October, Applebee’s was offering $.99 margaritas and I agreed to go. Well this particular Monday came around, I left my mom’s house around 5:15 am, and I had a long weekend.  I walked to his office to tell him that I don’t why I would agree to do something on a Monday, when I am usually dog dead tired.  I was about to ask him to do another day when he said, “I haven’t seen you in two days and you want to cancel? You are just something else.” I was like I am sorry but I am tired, we could just do it another day.  He was really getting under my skin. I had been in a relationship with someone that I never want to be in again and he was showing those some signs to me.

The next week, I was popping some gum down the hall and he said, “why are you popping that gum? That is not lady like and you should not do that.”  I just took what he said at face value and spit the gum out because I was at work doing it.  Then later he said “you are too pretty to have such a vicious mouth. You should stop cursing, that is so not lady-like.” Ok, so now, you have corrected me about my gum and now you want to correct me about my cursing. I see how you are; you are a controlling man.  I told him, “my entire family curses and used harsher words than I do. I will not stop cursing because it is in my DNA. You will have to take it or leave it.”

About two weeks passed when Mad Day hit.  I get to work after being at my mom’s for the entire weekend. It was my daughter’s high school homecoming. He told me on Wednesday that his birthday was Friday. I didn’t go to work because I had to go to my daughter’s school early to help out with some things. Therefore, it totally slipped my mind. You know that dude (trying not to curse him) had an attitude with me.  He told me, “you didn’t even call or text me on my birthday.  You are flaky and wishy washy. You always got something going on. Don’t have time for no one else.”  I’m like, “what is your problem? I had things going on; we aren’t dating or together and I totally forgot.  But what you aren’t going to do is call me something I am not.  Every week you have a damn problem with me. If it isn’t the gum, cursing, not meeting you to have drinks and now it is my kids.  I don’t give a damn who you are, my children take precedence because I am NOT married.”  We haven’t spoken since.  He was giving me vibes of a selfish and controlling person.  I will not do that shit again. This is why I don’t like dating in the workplace. Shit can get ugly real quick.
Posted by Jeigh at 8:32 AM

Email ThisBlogThis!Share to TwitterShare to FacebookShare to Pinterest
Labels: Dating