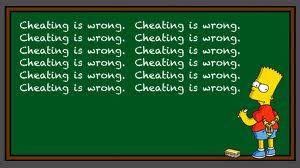 Married/attached men disgust me!  Why you may ask ? Because they are married to a woman or they live with one day in and day out with, but still want to cheat on her.  They will come at you with all they have instead of putting that into their marriage or relationship.  Plus, they don’t want you intruding on their “family time”.  When all is said and done (if you chose to go down that road with a married man/attached man) they will deny ever knowing you!  So why put yourself in those shoes in the first place. 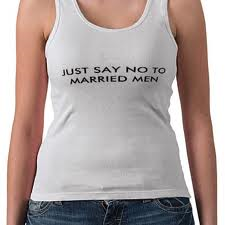 One of the attached men, who recently approached me, lied and said that he 'isn’t with his girlfriend'.  He wanted to take me out to dinner and just shoot the shit.  He asked me how was my relationship with EP going and when I said it was 'going well', he pressed even harder. During Christmas, his lie was proven,  because he was with his girlfriend in a “loving environment”.  GTFOH dude!


One of the married men continues to call me.  He got my number from a mutual friend - I am still upset about that!  He has  now been added to my blocked list but he still leaves messages.  On his last message, he asked me why I haven’t returned any of his phone calls.  Ugh, you are married!


The other married man hits me up on Facebook.  Of course, he communicates through messages because his wife is on Facebook as well.  He always hits me up with wanting to see me or take me out to eat.  I have ignored the messages and block his butt this morning! 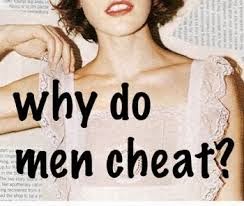 This aggravates me to no end.  I have been in these ladies shoes and I don’t want to bring hurt to anyone else.  I have always said that I will not fool around with a married or an attached man.  I have written about this type of stuff before.  Check that out here!


Are single women targets for married/attached men? Why can’t married men/attached men put the effort of chasing another woman into chasing their own woman? Why do men cheat, period?
Posted by Jeigh at 9:17 AM