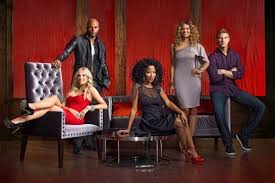 After watching Vawn’s forum from Bravo’s The New Atlanta, one of my besties and I were debating his philosophy. He said that as long as you’re honest with women, you should be able to have sex with more than one woman. Not to mention that he is currently pursuing a lady and having her think that they are working on a relationship. Here is our debate:

Jeigh: Vawn is an ass. I agree with some of his philosophy about telling the truth but dang...does he have to be so blunt with Africa sitting there?

Shay: I agree that he is an ass, and I was so disappointed to hear his views at the forum he had for his book, with all those guys, but it was pretty 'eye opening,' don't you think, to realize that many men think it is ok to play the field with many different women, as long as they are being 'honest' with them? I think most men do this without being honest! It was completely disrespectful for him to flirt with Alex, with Africa sitting right there in front of him! I can't wait to see if Emily is going to share, the info she got from Tribble with Africa! By the way, I think that Tribble is ADORABLE!

Jeigh: He is and I want Africa with him. Next week, Vawn invites Alex over to his house. Then Alex tells Africa about her night. Just wrong

Shay: I wonder if Tribble would ask Africa out again, if she is open to it, after the "you know what" hits the fan with Vawn?

Jeigh: I hope so; although Africa and Vawn makes a nice couple.


Shay: It is so disappointing to hear that a man like Vawn does not think that he can be committed to one woman, or sleep with only one woman for the rest of his life...I think that Africa, as I think most women do, approached their relationship, or dating as an open door, with unlimited possibilities, but Vawn seems to have the perspective that every date is the possibility of "getting some," and that seems to be all he wants - tragic loss!

Jeigh: That is the sad part. I wonder if the majority of men think that way.

Shay: Unfortunately, I think a lot of men do, which is really sad, because I don't know why they don't realize what a lonely existence that is...but perhaps, they feel like they will always have someone that they will be with, even if it becomes like a ‘revolving door’...another thing I found 'eye-opening,' is the guy who said that his grandfather, and father had always cheated, always having 'side pieces,' that was all he had ever known-this has been perpetuated generationally for many men, who watched the men in their lives, their mentors, mistreat and disrespect the women in their lives...so sad, and a very sad commentary for single women everywhere!

Jeigh: Yes that is true.

Shay: I can't wait to see what will happen at Vawn's co-ed forum, I bet the men will not be so 'honest' with their women present-because it is not in their best interest to be honest with their women-they know that if they are upfront with their women, most women would not give them the time of day, which would hinder them from 'getting some!'

Jeigh: I think I have come to realize that, men want that main person and want to feel as if they still have what it takes, if things don't work out with their current situation. Meaning, it's like a job. People look for a job while they have one currently.

Shay: The interesting thing about Vawn is that he has approached his relationship with Africa, knowing his intentions, but not sharing them with her - on some level, I think that he is looking for the 'one,' but is preparing himself for the distinct possibility that he may never find 'the one!' What do you think?

Jeigh: Could be possible. Men fear rejection and being hurt.

Shay: I think that he should have let her know from the beginning that he 'just wanted to have fun,' and nothing else, if that is what he really wanted, but on some level, I think he wanted to see if she could make him change his ways - obviously not, though!

Jeigh: No, I think he wanted to get her. The only way to approach a real women is to come at her in a different way. He cooked for her in an intimate setting. I think the whole intention was to have sex with her. I just don't know why he is still pursuing her because that is when it gets real complicated with the women. What you think about that?

Shay: I buy that...but there was something that he said during the forum that made me think that there is still a part of him that may be looking for 'the one,' even though he also said that he didn't believe he could be with just one woman...I would have to rewind the show to get the exact quote, because I can't remember it now, but I distinctly remember thinking that when he made that other statement... Africa is a beautiful, attractive woman who has so much to offer, and she deserves to be the 'one and only!' I hope she finds the one who will love and appreciate her the way she deserves to be! Maybe Tribble...?

Shay: I think the problem here is that most women approach new relationships with the openness to see where it will go, but I don't know if men approach relationships the same way - and I don't know the most effective way for women to find out what men want from the relationships before feelings become invested, because men lie so much, just so they can put themselves in the position of "getting some..." I have no idea what the solution is to this...

Me personally, I don't think that men are honest up front. They get honest when they are caught. However, if they are honest up front it is a game being played on the woman. A play on words to get exactly what he wants and gets to walk away clean. He would be able to tell her, “I told you upfront, this wasn’t going to be a ‘relationship’.” Tell me what you think. Do you agree with Vawn’s philosophy? 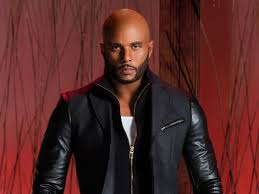 You can read what Jevan “Vawn” Sims had to say about the episode here: http://www.bravotv.com/the-new-atlanta/season-1/blogs/jevon-vawn-sims/vawn-wants-to-know-what-the-ladies-want