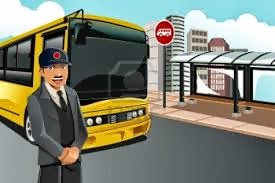 EP wanted me to come and visit on a spur of the moment type of thing. I have put so many miles on my car driving back and forth from house to house, that we decided to try taking the bus.  So, we scheduled the trip on Wednesday for me to leave on Thursday after work.  Any one of my friends will tell you that: 1. I am a chicken, 2. I don’t like people in my personal space, & 3. I am impatient. None of this makes for bus riding material.

Any hoo, Thursday came and it was bus-riding time.  I get to the bus station with a few minutes to people watch.  There was this man that had his shirt tucked into his underwear, and they were brown, YUK!  Have you ever been to a Greyhound station? It has great writing material, but I digress.  I found a seat and sat down next to this guy that was looking around as skeptical as I was.  He asked me if I had ridden the bus before and I told him that I usually drive.  He said he does too and we should consider carpooling if the bus thing doesn’t work out. We got on the bus and everything was moving smoothly.  We decided to sit next to each other so no one else would be tempted to sit with us. 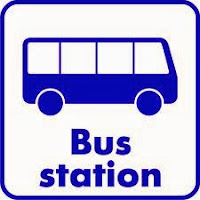 Our first stop came up and there was a break of twenty minutes.  Not too bad.  The second stop came up after I had fallen asleep and this time it was over an hour break.  The only good thing about this stop was that it had a food place.  I got a chicken sandwich and it was really good. I think I was just hungry.

We get back on the bus and Bus Guy (my name for him) said he will sit across from me to give me some space since the bus was thinning out.  As soon as he did that, a guy gets on the bus and started trying to rap with me.  Bus Guy said, “Oh, wait, she is my wife!”  The Rider Guy said, “Oh, my bad man, she is beautiful and you are a lucky guy.  You may need to sit next to her before someone steals your wife.”   I winked at Bus Guy and said “thank you”.  I then proceeded to put in my headphones to listen to music hoping I would fall back asleep.

You guessed it, we were stopping again, this time an unexpected stop.  Now, the driver had diarrhea, go figure.   I guess I would have diarrhea too if I would have a greasy hamburger that had been sitting next to me a couple hours.  The driver, stopped and said, while running out of the door, “we will be stopping here a few minutes.”  Then he ran across the truck stop parking lot.  We were there for thirty minutes.   By this time, EP called and asked how we are making time. When I told him that the driver needed to go to the bathroom, he chuckled and said, “ok Babe, I will be waiting for you at the station.” 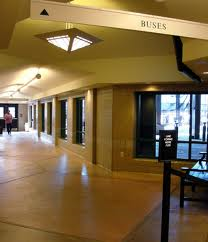 So, we are bussing on along again, when he had to make another stop to use the restroom.  The entire bus started laughing but I couldn’t laugh too hard because this reminded me of when I first started my journeys to ATL.  I had to stop for bathroom breaks too.  However, his situation was way funnier than mine.
We made it to ATL bus station an hour late because our driver had to have that greasy burger which caused him to make several bathroom breaks.  I was so happy to see EP and get off of that bus, I literately jumped into his arms.

My return trip was even better than my departure.   Leaving ATL wasn’t bad, but the driver was driving slowly.  She was taking her precious time but she was on time.   We made it to the first scheduled stop and a lady with a 18 month old child gets on the bus.  I was sitting behind the driver and she was sitting about midway on the bus.  That child started screaming and hitting her.  My headphones couldn’t go deeper into my ears to silence that child.  I looked back to see what the person that was sitting in front of the Lady/the baby was doing, and imagined that, she was internally pulling her hair out.

When we made it to our second scheduled stop, I noticed that the lady that was sitting in front of the Lady/the baby was missing.  She had moved to the back of the bus.
We get back on the bus after our hour and fifteen minute break and the freaking air wasn’t working anymore.   The bus driver got on the loud speaker and announced that there was nothing she could do about the air but the ground crew will look at it when we make it to our next scheduled stop.  So, yes we are on a bus with no air and a screaming baby. 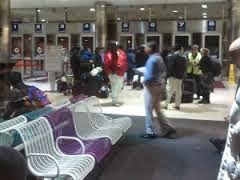 At the next scheduled stop we get off the bus for a break and they were supposed to check the air.   They did but before we could leave the gate, a passenger in the back of the bus came running up to the front of the bus and told the driver that she could smell something burning on the bus.  They get us off of the bus and told us to go back inside of the terminal.  Fifteen minutes later, the security guy came in and says they are changing buses and we should be able to leave in about another thirty minutes.  We reload the bus and finally, we are on our way to my final destination.
After, this bus ride, I can’t promise you that I will do this again.   I may try Megabus but, not too sure about Greyhound.   However, it was nice to have someone else drive for a while.

Have you ever ridden Greyhound?  Tell me your story.
Posted by Jeigh at 12:42 PM