Sidebar: For the Love of the Game 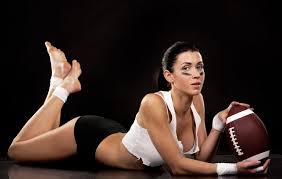 I never thought I would like football as much as I do now.   When I was younger, I would try to get out of the room if anyone was watching sports.  My father was a diehard Saints fan and they were displayed on our television screen at every opportunity. Sometimes I would sit next to him and watch a game, but never fully understand why people liked this particular sport.  Don’t get me wrong, I did like basketball; what girl doesn’t?

I didn’t get into football until my eldest son became the starting quarterback his sophomore year of high school.  I figured, I better learn the game and understand the rules since I would be sitting on bleachers every Friday.  I really bought into the whole football thing.  I became that ‘football mother’ and have a genuine love for the game.


Never really understood just how much I loved the game until EP and I were in ATL watching the SEC Championship game.  He knew I watched football but didn’t really know I knew so much about the game.  There was a certain play that happened and I said, “They (Georgia) need to work with the clock.  Time management is needed right now.” He looked at me with such a huge grin then turned to a guy and said, “I told you my girl knew her stuff!”  I laughed because before then, I think he thought I was pulling his leg.  Free drinks came my way!

Now, every week during football season, I am doing Pro Football picks.  EP and I have started challenging each other on college games.  If you have followed my blog, you should know that EP is a diehard Falcon fan and I am true to my beloved Saints (Who Dat), so it goes down during the games against each other.

Therefore, I have gone from not understanding the game to having a love for the game.  Football is all around me.  I work on a SEC college campus, my son is a quarterback in college and I go to professional and college football games pretty often.  Ladies: men love a women that can do some crap talking about football…trust me give it a try!