Love Lost: The Relationship That Changed Me

Sebastian came into my life when I was not expecting to meet a man.  I truly believed in fate and that there is someone for everyone.  I also believed that I had found that in Sebastian.  He was definitely my soul mate.  I could share things with him and not be judged. He would listen and show concern when I told him what was on my mind.  He could even recall what I had told him at a later time; a memory like an elephant!  He was a wonderful person who brightened my life.  I wanted to share everything I had with him.  I was willing to make all of his pain, stress and suffering go away.  I did not want to expect anything or be on a different level with him.  I knew that I really cared for Sebastian.  He would tell me that he loved and wanted to be with me as well.  When we were together, I felt that I was very important to him.  I must tell you that I was truly happy, emotionally and physically with Sebastian. The more time that we would spend together; the more time I wanted to spend with him.

After our relationship was in full swing, Sebastian would disappear. What I mean is, when I would call him, he would not return my calls for hours or even days.  Hell, I may not hear from him for weeks    I would send text messages and would receive no responses.  When he called or texted, his excuse always had something to do with work. 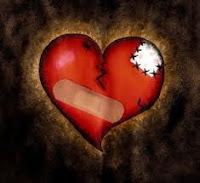 Sometimes I would feel like his 'pick up girl'. Meaning, when he was ready to deal with me, then he would.  I would ask him about me being his pick up girl and of course, he would say "no."  We kept our relationship hidden for a while. I am not sure exactly why we kept it hidden back then, but I have a new understand of the situation. We kept it hidden because he was in a relationship with his son’s mother that he lied to me about. He told me that he was not in a relationship with her but kept close communication with her because of Travis, so he claimed.  Sebastian would even leave me out of situations, so as not to deal with the fact that people would know the truth about us.

Other times I felt like his trophy.  When he would invite me out on business trips, I had to dress and look the part. He introduced me to his coworkers as his girlfriend.  We would take vacations together.  We would go on family outings.  He would buy me expensive things but when he had enough, he would not call.  As if he was putting me back in his trophy case for future use when the time was right.  This went on for years! Again, I accepted this because my dumb, green, blinded by love ass believed him.

I also felt as if I was on an emotional roller coaster with no way of getting off.  I hate to show emotion in any relationship, because some men don’t know how to deal with the emotional aspect of a situation.  So, I would not let him know when things would bother me or did not want him to get angry with me.

The beginning of the turning point in our relationship came when Sebastian was in the supermarket and his son’s mother approached him.  He abruptly hung up the phone on me!  Who does that? I know a liar!  Right then and there, I realized that there was something going on with him and his son’s mom much more than he had told me!  He called me back and TRIED to explain what happened. He gave me a sob story that he did not want her to be hurt knowing that he was on the phone with someone else. Wait, what?  Why would she care if the two of you aren’t together? Again, my dumb, green, blinded by love ass, took what he said as face value, and kept the faith in our relationship.

The last straw came when we were at a football game.  His phone rang while he was getting our food and the name that popped up on his phone was Marcus.  The message that went along with that name was, “Hey, it is raining here and I was just checking in on you. Be careful and see you when you get back baby.” WTF?? Am I dating a down low brother?  My heart stopped and I could not get a breath out.  I did something that I thought I would never do, I opened his phone and looked at the messages between him and Marcus.

Well, of course you can guess, 'Marcus' was a code name for some random chick.  He was telling this girl he loved her and he missed her.  They had been messing around for a long period of time.  They had been on vacations and she was in love with him.  My heart was shattered and I could not believe this man would do this to me.  The man that had me setting up visits to see homes for us to move into.  The man that had me planning moving arrangements and had me packing up his house.  The man that told me that we were soul mates and that I was his completion.  The man that LIED, period!  So it was no more being dumb, green and blinded by love shit, it was over!

A few months passed, when I learned that he and this random chick was expecting a child and they were to get married.  Talk about a great blow to me!  The feeling I had was the same feeling Carrie had in the movie, Sex and the City.  You know the part when Big did not get out of car at the wedding!

I, like Carrie, stayed in bed for several days.  I did not eat anything.  Did not talk to anyone and tried to mask my feelings when I had to go to work.  I lost about 15-20 pounds due to a broken heart.  I never cried so much even after losing my father!  This man broke me down.

Two years later, he and I ran into each other. He apologized for hurting me.  However, the damage had been done.  There was nothing that he could say to make things right.  I accepted his apology because I needed to have closure, but I will not forget what he did to me.

So today, I can say that this is why I have not let men get that close to me.  This pain was real, and because of this pain, I am truly not the same girl anymore.  I do not want anyone to be able to break me again.  However, I am, well I believe I am, stronger and my heart is locked and secure!