First Hand Knowledge of a Player 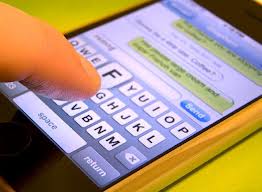 The other night, EP and I were partaking in some fun at Dave and Busters.  When this nice couple walks up to the bar and have a sit next to us.  I turned and noticed that the girl was a beautiful girl and the guy was good looking as well.

After a drink, the girl ask her Boo for a couple of dollars to go play some games. He handed her the money. Before she could walked off, he leaned over, kissed her and told her he loves her; aww so sweet!

Now hold on, because this is where I lost all respect for this guy.  He turns around to locate where she went.  When he spotted her, he turned back around, picked up his phone and began to text a chick.  I know you are asking how I know this.  Well, he placed his phone next to me on the bar.  His phone lit up and a chick’s name appeared.  Apparently, he must have told her that she was “just a friend”, because her name appeared when the messages came through.  Anyhoo, he would text this girl then turn around to see if his girl was in the same place. This went on for about fifteen minutes.

The ridiculous part came, when she walked up just when he had gotten comfortable with her playing games.  He almost crapped himself when she tapped him on his shoulder.  She noticed that he was texting and asked, “who are you texting?”  He said, “Oh, that was So and So and they want us to pass by after we leave from here.”  WOW, this dude is such a liar!  She bought that crap, kissed him and went back to play more games.  You guessed it, he went back to texting the side piece!

Why in the world do men think this is righteous?  Men have this complex that what they do in the dark will never come out in the light.  Or when they catch their girl doing something like this, they get all hot and bothered.

So, my question is: Why be a Player? You can stay single and be able to text whomever you want without repercussions!
Posted by Jeigh at 11:32 AM