Family Mixer: His Family Meet Up 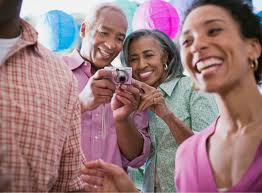 Well the time finally presented itself for the tables to turn on me meeting his family.  The meet and greet time was set during my Atlanta bound trip over the Valentine’s weekend.  We would be joining his parents for dinner.

EP explained that his mom is similar to mine.  She is also a no-nonsense type of lady, too.  She will say upfront if she doesn’t like a person and make his relationship hard.  I was talking ‘crap’ about EP meeting my family, but now the shoe is on the other foot; freaking out over here!

I have spoken and texted Mother EP on several occasions.  However, EP had me so nervous to meet the lady that I was close to backing out of going altogether. Then, I had to tell myself, he met your family now you have to put on your big girl panties and meet his.  He also planned to include his daughter in the mix.  He said it was time for us to meet.  We will have to pick up his daughter at her mother’s house. Not only will I be meeting his parents; but I will meet his daughter and her mother, as well; oh me oh my! Now my nerves are really out of whack. 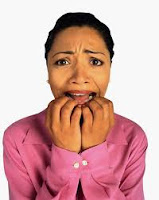 The night of dinner, I was so overwhelmed with nerves that I was a little sick to my stomach.  What really didn’t help much was the freaking questions that kept circling around in my head; what should I wear? Will she like me?  What if she doesn’t like me?  I got it together; slightly, and selected a button down shirt with jeans.  I didn’t wear my four or five inch heels but kept it simple with closed toe three inch heels.  I also took Alka-Seltzer for immediate relief for my nervous stomach.

During the ride to the restaurant, I texted both of my cousins that I am very close with stating, “My nervous are super bad right now! I am about to meet the fam!!! Picked up his daughter and she is amazing. Now we are en route to restaurant!!!!!” They both sent soothing messages trying to help me get my nerves in check. However, the messages didn’t work to well.

When we got to the restaurant, I fiddled around a bit because he said that his sister was already there.  I told him, “You didn’t tell me the whole family was coming!” He said, “The ‘entire’ family isn’t here.”  Oh, now I am really shaking in my shoes.  I managed to get my rear end out of the truck and walk into the restaurant.  I walked behind EP and his daughter so I could take my precious time getting in the building.  That had to be the longest shortest walk of my life!

When we walked in, everyone was there.  I was still behind him and his daughter but his family seemed to find me in the background.  His sister spoke first and said that she had heard a lot about me.  His mom walked up and gave me the biggest hug and said that it was finally nice to meet me.  Whew, my nervous were settled and I looked at him with daggers! He gave that “what” look.

Throughout the dinner we all were engaged in conversation about everything.  His family was so much like me. I felt like I was having dinner with my own family. His mother is amazing. His sister is down to earth. His dad is laid back. I didn’t feel out of place and I felt like I was part of his family.

After dinner was concluded, everyone hugged and went their separate ways. When we got back in the truck, I punched EP and told him that he had my nerves so bad for no reason.  He reiterated that his mother is really that way but she must really like me.  We laughed about how nervous I really was.  I thought I was hiding it quite well, but I wasn’t!

Right now things with us are great.  I’m not sure if some of you have noticed that my wording in my descriptions has changed a bit.  As well as, more changes are in the works and coming soon.  With that being said, I am working on a new blog title because “Living the Single Life” isn’t ringing true anymore!