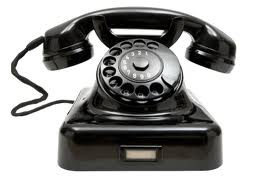 My cousin and I were chatting the other day about changing phone numbers.  She is possibly going to change hers because she is falling head over heels for her guy.  She said that she wants to because that would end all communication with other guys that aren’t looking for progression with her. In addition, that would let her guy know that it is all about him and she is serious about their relationship.  She suggested that I should change mine too, if a relationship would take off for me.

So, I started thinking; Hum, would I change my phone number because I am in a ‘serious’ relationship with someone?  After considerable thought, I can honestly say without hesitation, I would NOT change my phone number.  Reason being, I have had this number for several years and I want to keep my number.  Family members, business partners and friends all have my number.  It would take too much time and energy to make sure the important people have my new number.


To go a step further, people would have to just understand that I am off the market.  So don’t call me with any foolishness, point blank!  I don’t think I should have to change my phone number because of previous dealings with men or their shenanigans.  Honestly, people should just act like adults (I know, farfetched!); understand rejection or that their chance have come and gone, enough said!

*Now, if you are partaking in some of the shenanigans or hiding something from your significant other, then I would enforce that you change your phone number; we will leave that right there because that is for a different blog entry!