Should Woman Be Submissive To Their Partners

On a date, I was chatting with a male friend and we got on the subject of women should be submissive to their partners.  He suggests that women should let the man know their whereabouts at all time.  Check in, ask permission for things and ask before making any decisions on anything.  Women are supposed to do everything a man says to do without question. Of course the old saying came flying out of his mouth "Do As I Say....Not As I Do! 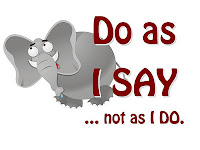 In today’s society, women aren’t what they used to be back in the early fifties to late seventies.  Women have moved into the new era of being independent.  They have begun to except the “Old Maid” myth.  Women today are; Vice-Presidents, CEOs, Managers, Leaders of this great nation and Single parents.  They are working 5-7 days a week more than eight hours a day, in some cases make as much or more money than a man.


I believe that a man should be a leader; however a strong man is only strong because he has a STRONG woman backing him. We should be equal with the exception of what is expected in the roles of men and women.  Example, I don’t expect a man to be responsible for all of the cleaning, comb my daughter’s hair, or be the bread winner of the house.  I do expect the man to put up his own stuff, cook, pay bills, and have a life.

So how can a man really think, we as women, will be willing to go back to bowing down, walking those “three steps” behind the man,  speak when being spoken to or being a domesticated woman, again?
Posted by Jeigh at 2:32 PM